What Makes a Good Logo for Your HOA and Its Website? 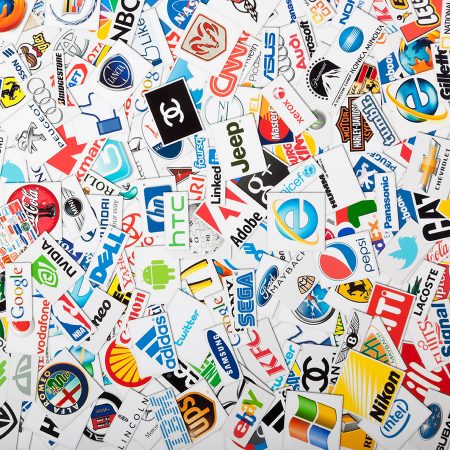 When you’re ready to put together a new or redesigned website for your homeowners association, don’t forget one of the essential elements of organization identity: Your logo. If you already have one, are you satisfied that it represents the essence of your HOA, or is it “just something someone put together”? If you don’t have one yet, have you thought about what it needs to symbolize? To plan for a new design, consider these important aspects of logo development.

What’s your community identity? Your logo is supposed to symbolize and stand for your homeowners association and its purpose. It should signal—literally or figuratively—who you are and what’s unique about your community.

Logos come in two basic types. The first, called a wordmark, simply presents the name of a company, membership-based organization, or HOA using a typographic treatment that is distinctive to that specific organization. In fact, these logos become valuable intellectual property, and the entities that own them trademark them to protect that property. You’re probably accustomed to seeing wordmarks for giant publicly traded companies, including beverage makers, automobile manufacturers, and many more. For instance, the script wordmark for the Coca-Cola company is famous around the world, as is the Ford Motor Company’s blue-oval logo with the name inside it.

Instead of or even along with a distinctive typesetting of the name of an entity, a logo can consist of a graphic element that in some way symbolizes the organization for which it stands. This graphic element may consist of stylized letters of the alphabet, often the first letters of the name of the organization, or it may be a symbol uniquely created to stand for the entity in question. The Nike swoosh is a perfect example of this type of graphic logo. Even without the name of the company, chances are that you’ll recognize their logo, along with the logos for companies such as Apple, IBM, CBS, and more. Homeowners association logos rarely achieve this level of wide visibility and recognition, simply because their influence is limited to the geographic area in which they’re located, but that doesn’t mean they can’t be distinctive.

How literal do you want to be?

Some logos provide literal signals of the focus of the entity that uses them. The real estate company whose logo includes a stylized house or the broadcasting company with an antenna as a logo uses these graphic elements as literal signals. Other logos, however, make a much less literal statement about the focus and identity of their owner.

Back to the Nike swoosh, which has spawned an endless stream of imitators, many of them painfully close to what they were attempting to imitate. Does the swoosh stand for speed? Is it about movement? With stylized logos, sometimes when a designer creates a graphic shape that their client admires and chooses to adopt, the designer formulates what’s known as a post hoc rationale: A description of the reasoning behind the design, but one that’s developed after the fact rather than as a plan to drive development.

Imitation is a form of literalness that can have some negative consequences. If you emulate a famous trademarked logo too closely, you can face legal action for trademark infringement. It’s better to come up with a distinctive logo that stands for your HOA authentically than to give up and essentially copy something that already exists.

Many types of elements can make a meaningful visual contribution to a homeowners association logo. A graphic logo for an HOA can use well-known features from the community’s geographical location to signal that part of the neighborhood experience. If your homeowners association represents a community that’s located near a distinctive landmark, either a natural feature of the landscape or a built structure that’s just as recognizable, you may want to consider incorporating a streamlined version of that shape into your logo.

If you’re tempted to try to create a logo yourself, either in a piece of software on your computer or using an online resource, remember that in most cases, the results you achieve reflect the skill and talent that goes into them. Of course, if you’re a professional designer yourself, or you can draw on those talents from someone in your community, you can undertake the design task without outside help and still achieve the types of professional results that reflect well on your HOA.

But if you’re an amateur who’s experimenting in a presentation program or a piece of word processing software, you’re probably not going to achieve the kinds of inventive, inspired, original results that a professional can formulate. That’s not to say you shouldn’t experiment, because you may come up with something that provides just the right inspiration for the designer you choose.

Much of the printed material you see these days is created on digital output equipment that doesn’t rely on the traditional ink-based processes of dedicated printing presses. That change in output technologies has prompted an explosion in the complexity of color usage in the logos you see on today’s commercial entities. It’s far from unusual for a logo to contain many colors, complex gradients that transition from one color to another in a smooth blend, or contrasting areas of color that overlap. For many reasons, these visual elements would be difficult, expensive, or both to print on traditional presses. But with today’s digital options, all sorts of designs that would have been extravagant once upon a time are easy to create and use.

And if you’re thinking, “Oh, but we’d never print our HOA logo,” never say never. Even HOAs that have moved as completely as possible to digital communications still wind up with the occasional need to print a response to something.

You’ll want digital copies of your logo at dimensions larger than you think you’re going to need them so they won’t look all fuzzy and indistinct because you’ve had to enlarge them to use them. You’ll also want to make sure that your logo design looks good and remains visibly distinct even at small sizes, given that some website applications require you to use it in tight spaces. A quick test: Bring your logo file up on your computer screen or phone and walk away from the display. See how far away you can stand and still make out the design.

Logos may look like purely decorative elements, but they become a symbolic representation of the identity and spirit of an organization. Whether it’s non-profit organization, a for-profit company, or even a homeowners association, a logo can make a lasting impression that enhances the image of a group and creates a strong response in the eye of the beholder.